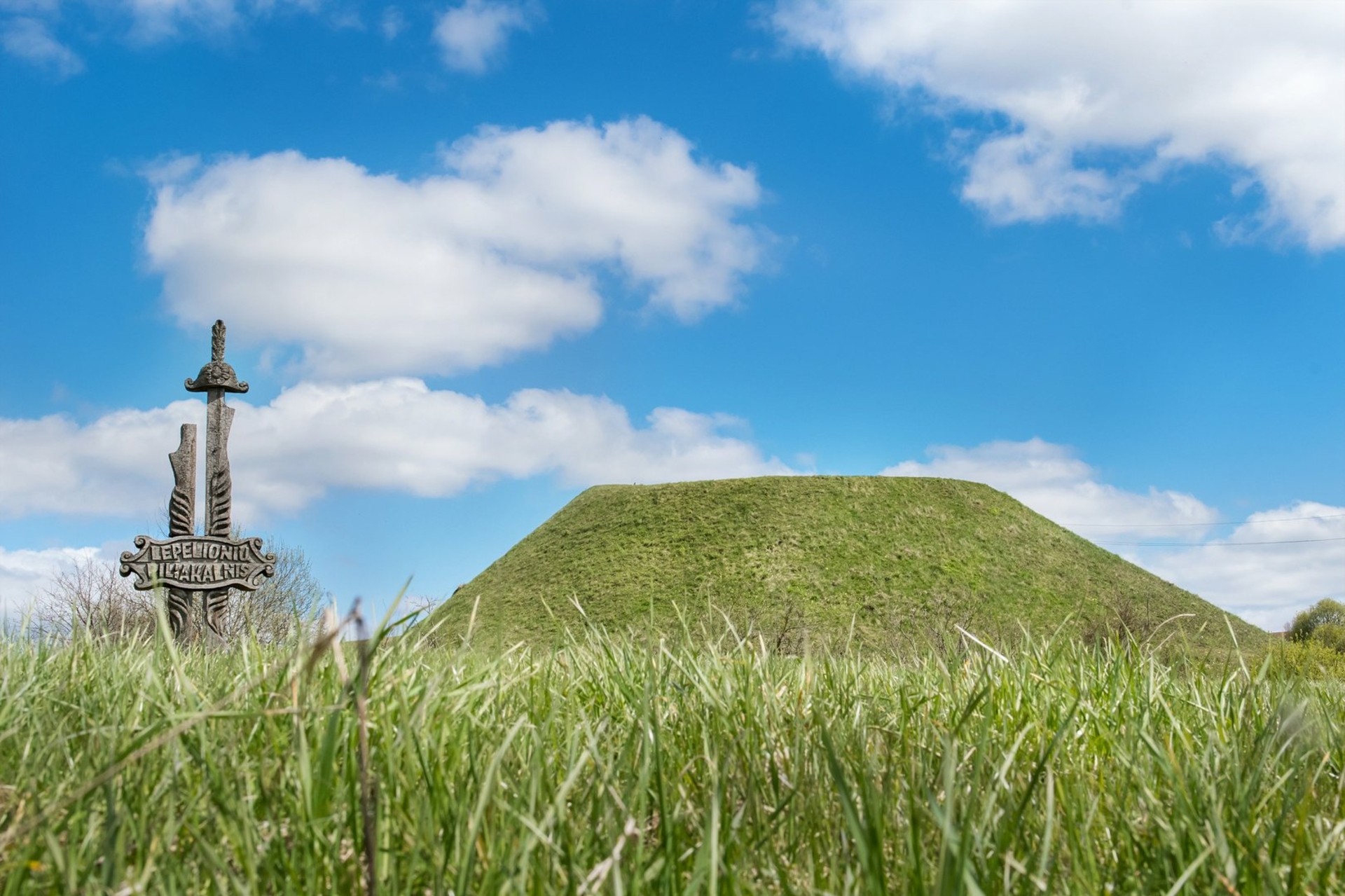 When travelling one of the most beautiful roads in Lithuania from Prienai to Vilnius, you will definitely see Lepelioniai Hillfort by the roadside.  A hill that has a shape of a head was undoubtedly built by humans. Local people say that the hillfort is an irresistible attraction.  Indeed, when you climb the hill, you find a beautiful panoramic view from the top and feel yourself in high spirits.

Legend has it that when Napoleon was retreating, his soldiers used their hats to erect this hillfort. Leilios Lake appeared at the site where the earth was allegedly scooped out. This is the reason why a wooden monument shaped like a head was placed at the bottom of the hill. But historians refer to the more distant past.  According to the archaeological explorations, the hill was erected before Christ. Scientists found fragments of quite large earthenware crockery and also a bronze brooch from the fifth-sixth century. This is evidence of the powerful settlement of yotvings in ancient times. Yotvings were one of the most aggressive Baltic tribes, who even had a chance to fight with Huns in the suburbs of this district in the fourth-fifth century. Later, in the fourteenth century, when Crusader's attacks ran riot, a castle or reconnaissance tower here was used as a means of communication. Punia can be seen from the top of the hillfort. There was an important defence castle. It was likely used to receive or pass alert signals from it.

Fixing the Lepelionis Hillfort belonged to the so-called second defence line which protected Capitals of Lithuania, namely Kernavė, Trakai, Vilnius and royal high road that connected Vilnius with Trakai and Aukštadvaris from Crusader's attacks. The first line consisted of the castles located at the riversides of the Nemunas.

Inhabitants of Stikliškės and suburbial villages used to party down on the hillfort. Nowadays people celebrate an Autumnal Equinox and Coronation of Mindaugas. Photo shoots often take place on the hill. The scenic view from the hill is beautiful throughout the year.

It is convenient to come here by car. Parking is available at the rest area located on the other side of Prienai - Vilnius road.  It is worth visiting the Church of Stakliškės with a chapel and Medžionis Hillfort. 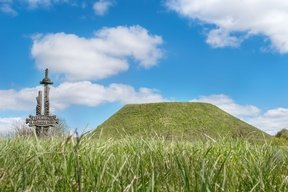 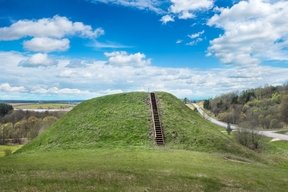 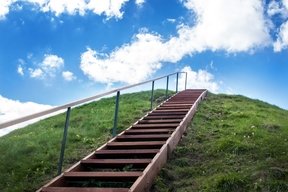 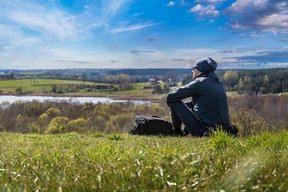 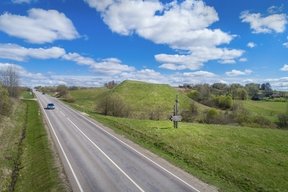 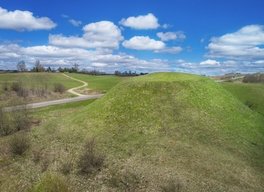 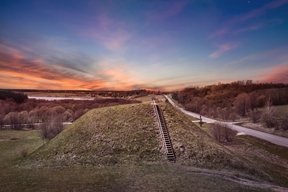 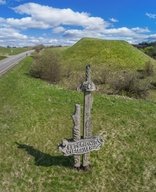 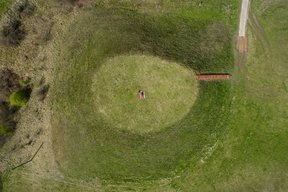 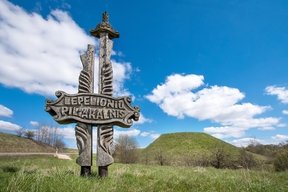