Prienai district is situated in the south of Lithuania, on both banks of the river Nemunas, nearby the Great Nemunas Loops and Prienai pinewood. The name of Prienai was firstly mentioned in historic sources in 1502, here people started to live in the Stone Age.

The Lithuanian river Nemunas decorates Prienai landscape. The major part of the district belongs to the Nemunas Loop Regional Park. You can have an eyeful of the picturesque Nemunas Loops’ banks if you visit the Balbieriskis exposure that is on the left bank of the Nemunas; or if you go to the Birds Observation Spot established in Prienai town; or if you keep walking along the quay of the Nemunas, which is situated near the Greimai Bridge that joins two regions, also here you can see the building of the former ‘Revuona’ hotel.

There are many cultural monuments in Prienai. Spectacular mounds (Lepelionys, Paslavantis, Backininkeliai and others) attract tourists and quests from other countries. Prienai district has 34 mounds. Christ’s Manifestation Church in Prienai, Church of St. Archangel Michael and John the Baptist in Jieznas , the Church of the Holy Trinity in Stakliskes are distinguished for their interesting architecture and valuable artworks. Meaningful historic monuments have remained in the district: Prienai Paper Factory of the XVIII century, a former Veiveriai Post-office Palace, where the Teachers' Seminary glorifying Veiveriai in Lithuania and in the world used to operate in 1866-1915. Tourists' favourite places: the famous Silavotas Davatkynas, the Memorial Room for poet Justinas Marcinkevicius in Prienai public library of Justinas Marcinkevicius, Prienai Regional Museum with its educational programmes, the Malt Tower - museum of Stakliskes Mead Factory with mead degustation.

Pociunai aerial tourism represents the district and distinguishes with its uniqueness as it has the Gliders’ Factory, provides such services as maintenance of small planes, entertaining flights over the Great Nemunas Loops, and parachute jumps. Here aviation lovers can enjoy World and European Gliding Championships and take part in a traditional aviation festival "The Day with Aviation". 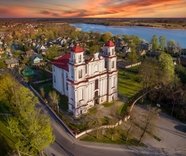 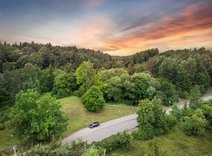 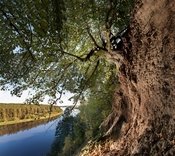 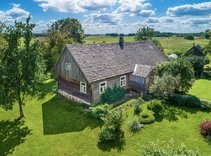 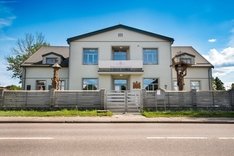 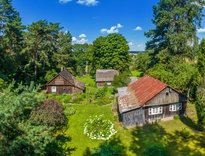