In 1920, when one of the most famous Lithuanian scientists of all time bought land next to Ringaudai, he began planting a park. After several years, twelve alleys turned green. Each time the professor returned from an expedition, he would bring rare and interesting plants home. In the evenings, after giving lectures, the professor used to ride to the park on his bicycle in order to do some work there. Today, according to dendrologists, the park is inviting even to English people because many of the trees have already reached one hundred years.

We recommend visiting this State natural monument, the Apple Garden, to those seeking to enjoy the beauty of nature, relax in the countryside, and willing to learn about an exceptional individual of the twentieth century.

The park is adorned with a house built by T. Ivanauskas and his wife Honorata. The interior design remains unchanged from its original decor. People who work at the park organize tours and tell about a particularly bright scientist, his ability to charm, and his brave and intelligent wife Honorata.  They will include stories about the way the professor developed an affinity for Paris, France, with the help of Antanas Žmuidzinavičius, the painter; or about philosophical tractates written by his wife, and her determination to become one of the first women in the Writers Union in  Šiauliai.

T. Ivanauskas wrote, "Give your heart to nature through its perception...". You will definitely find yourself thinking about his words when walking the Garden's trails. You will also find here one of the richest and verdant dendrological collections in Lithuania, consisting of 250-300 different species and forms of trees and bushes. In the warm season, the park is rich with flower gardens and meadows in blossom under the trees. Yet the Apple Garden remains undiscovered by tourists. No festivals or events are held here. The frequent visitor will attain a sense of calmness here. In spring, you will want to stay longer, listen to the birds singing and babbling of two brooks. So, quite often a tour planned for 45 minutes lingers for two of three hours.

Educational programmes for pupils are organized in the park to help learn more about birds, and to look for and explore the variety of strobilus.

The most convenient way to reach the trail is by car. The distance from Kaunas city centre is about 10 km. 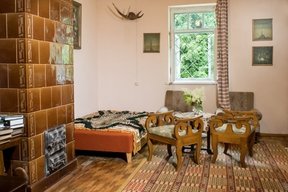 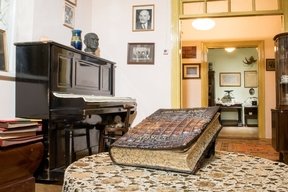 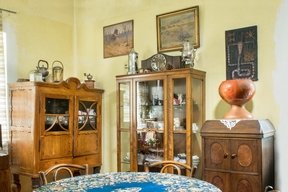 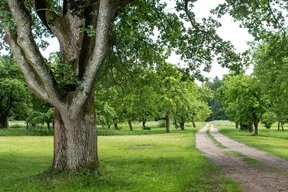 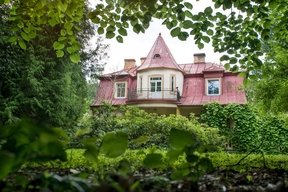 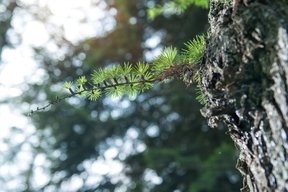 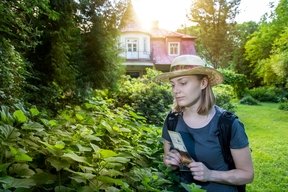