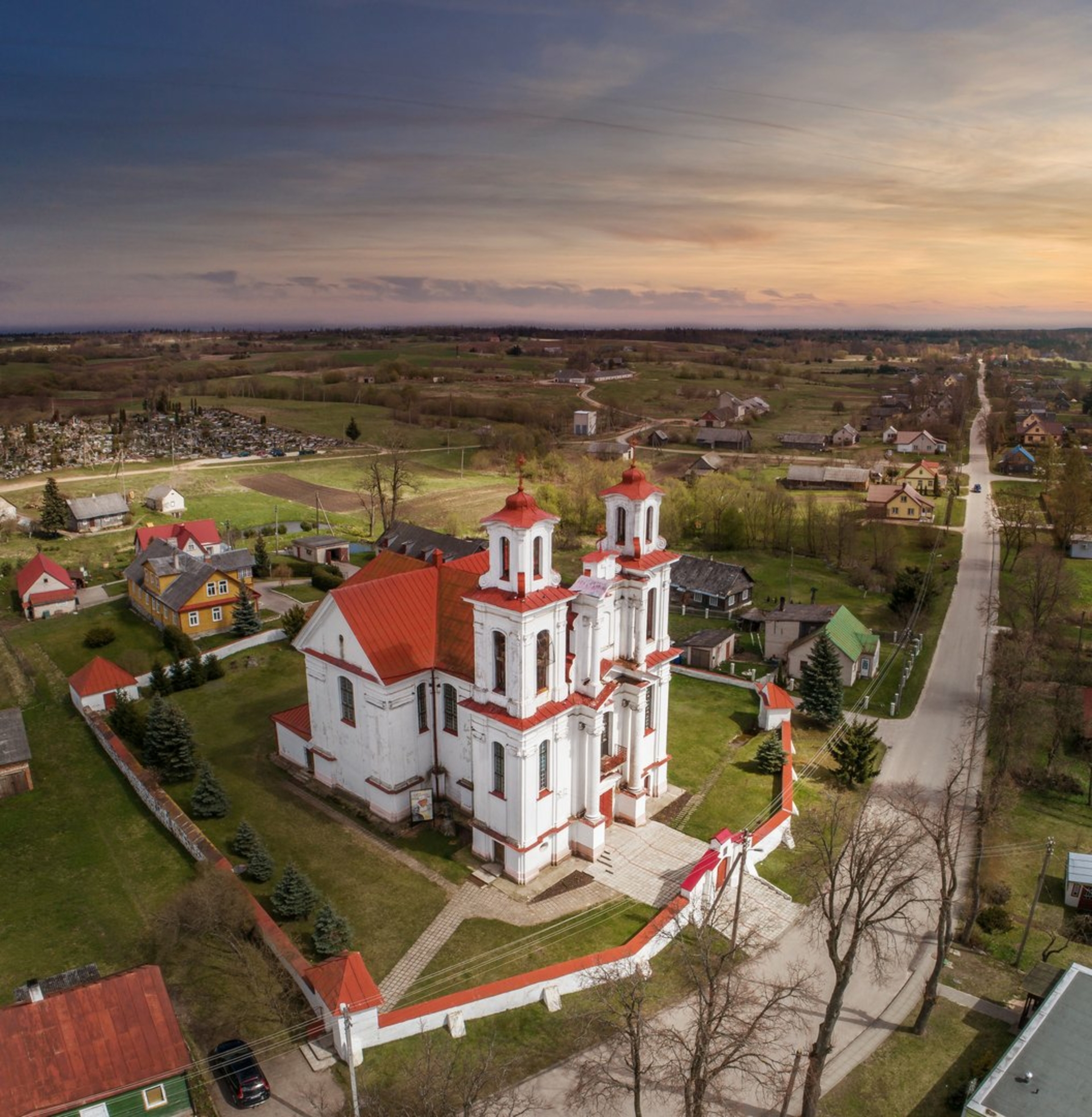 Elegant spires of the church in Stakliškės appear white in the distance when driving the Trakai - Prienai highway. We recommend stopping by and enjoying this beautiful church built at the end of the eighteenth century.  Its architecture and adornment are not inferior to other prominent monuments of the Baroque style across the country. It is included on the list of National Heritage sites. As the legend goes, many years ago, Jieznas governor from the Pacai family placed a bet withan elder of Stakliškes named Jozef Buffalo on whose church would be the most beautiful. Even today the inhabitants of Stakliškes believe that J. Buffalo won the bet. (When you look around the church, you will see the Buffalo Family emblem on the organ). We ask you: what do you think?

A unique painting of the Holy Trinity with casing made by jeweller Charevskis, and a painting of the Suffering Christ known for its miracles, are kept in the church. The left altar of the church is embellished with valuable paintings, namely "The Immaculate Conception", "Mary Magdalene" (by Stanislovas Mirskis), St. Francis of Assisi, the work of the famous artist Nikodemas Silvanavičius, including his other work "The Blessed Virgin Mary of the Rosary". The most valuable part of the interior is an ensemble of six altars with a font and the pulpit in front of the church.

You can also find one-of-a-kind sculptures of angels in the church. The craftsman demonstrated his perfect skills in the emotional facial expressions of these angels. One angel is crying, another clapping his hands, the third picking his nose, and the fourth is daydreaming.

Priests that once served here also were quite helpful for Lithuania. Starting from 1871, the dean Vincas Butvydas served here for three decades and contributed to the national rebirth and the temperance movement. Vladas Jezukevičius, who cherished and nourished the Lithuanian language and the press served in 1925-1954. He had much tact with the local rabbi, and encouraged communication between Lithuanians and Jews.

The best way to travel to this site is by car. Park it beside the church's fence. 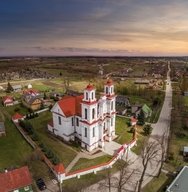 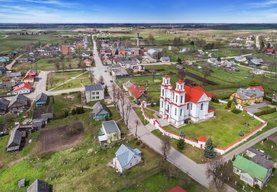 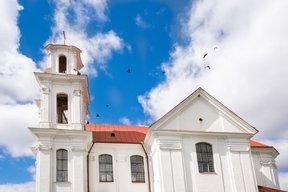 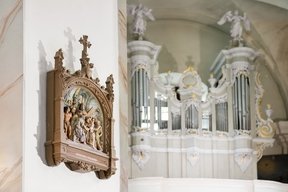 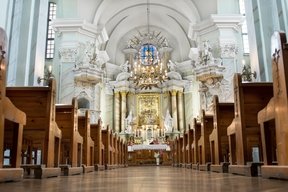 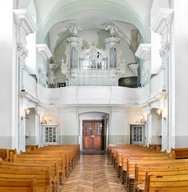 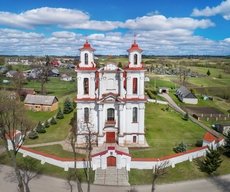 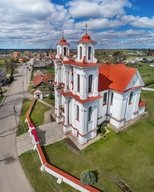 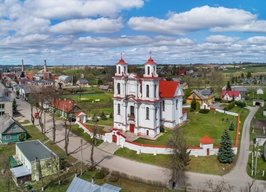