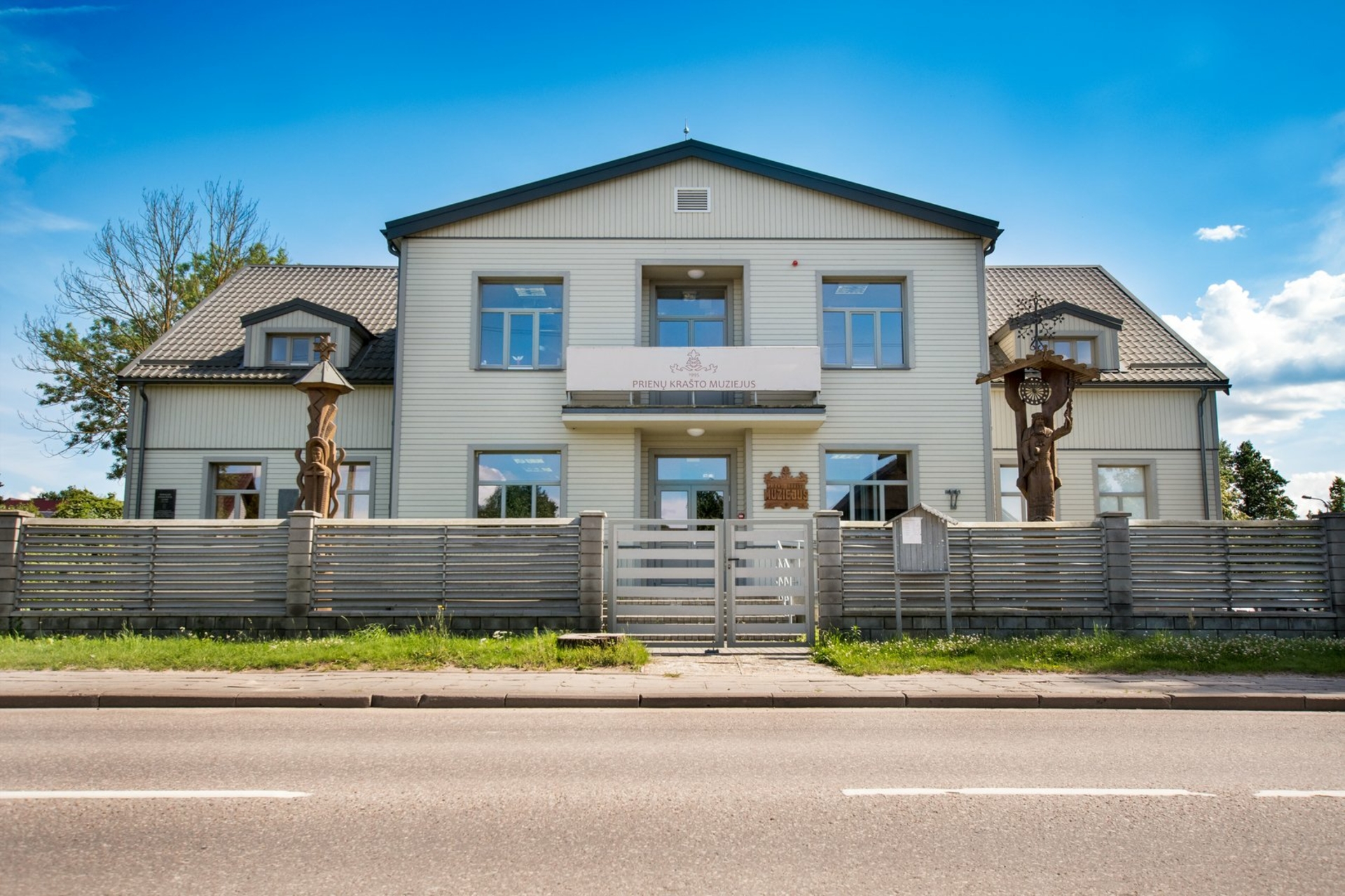 It is worth visiting this museum for three reasons. First, this is probably the only museum whoseexhibition, dedicated to the commemoration of the post-war partisans,isdisplayed in the dark. Second, you can find here one of the richest collections of ethnographic textile in Lithuania. Third, but not the least, there is an exposition dedicated to the poet Justinas Marcinkevičius.

After the Second World War, forests of Prienai environs became a field of ardent resistance to the Soviet occupation. Hundreds of young men went to the forests and hid in the dugouts for years. Partisans from Dainava and Tauras districts fought next to Prienai.  There is an impressive and interactive exposition in the museum dedicated to the commemoration of their heroism.   When you enter the dark room, you can feel being in the underground shelter and hear the sounds of the forest.

An authentic workroom reminds of the works written by Justinas Marcinkevičius, one of the most famous poets in Lithuania, and screens showing the poet himself reading his poetry. Visitors say that visiting this place helps them remember lines they learned many years ago. You also get the impression that you are standing right beside a poet busy with his works. People pay great attention to the screen which displays the words he most oftenused in hispoetry. They are simple words that you or I might use to create your own poem: Žmogus (Man), Dievas (God), Žemė (Earth), Dangus (Sky), Tyla (Quietness)...

Ethnographic heritage put under protection is located on the ground floor. What is special about Prienai is that it belongs to two regions. The biggest part of the town is located in Suvalkija. The townspeople who settled on the other coast of the Nemunas identify themselves as inhabitants of Dzūkija. You will see national costumes from Dzūkija and Suvalkija here, including the biggest collection of ancient textiles in Lithuania. Ornamental patterns of both regions blend in their pattern effects.  Workers of the museum will explain the meaning hiding behind each woven symbol or ornamental pattern.

The entrance is free, but it is worth booking and paying for an educational program. Bread-making is the most popular.

You can come to the museum by car (parking available) or on foot from the bus stop. 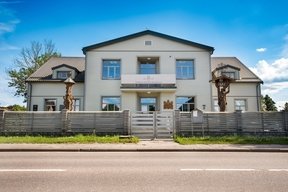 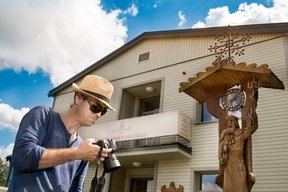 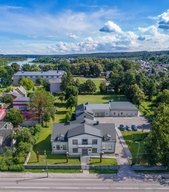 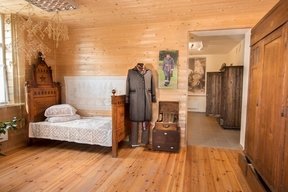 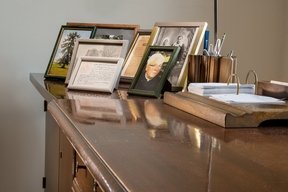 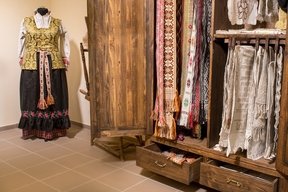 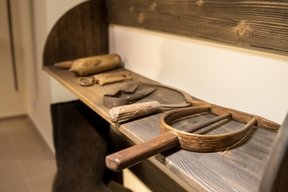 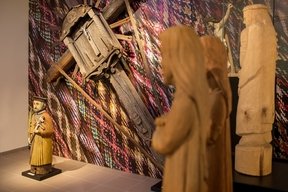 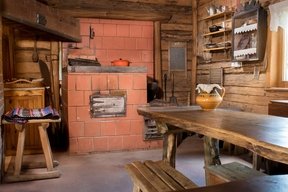 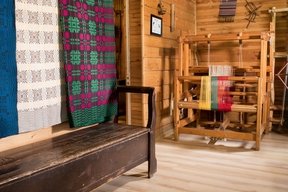