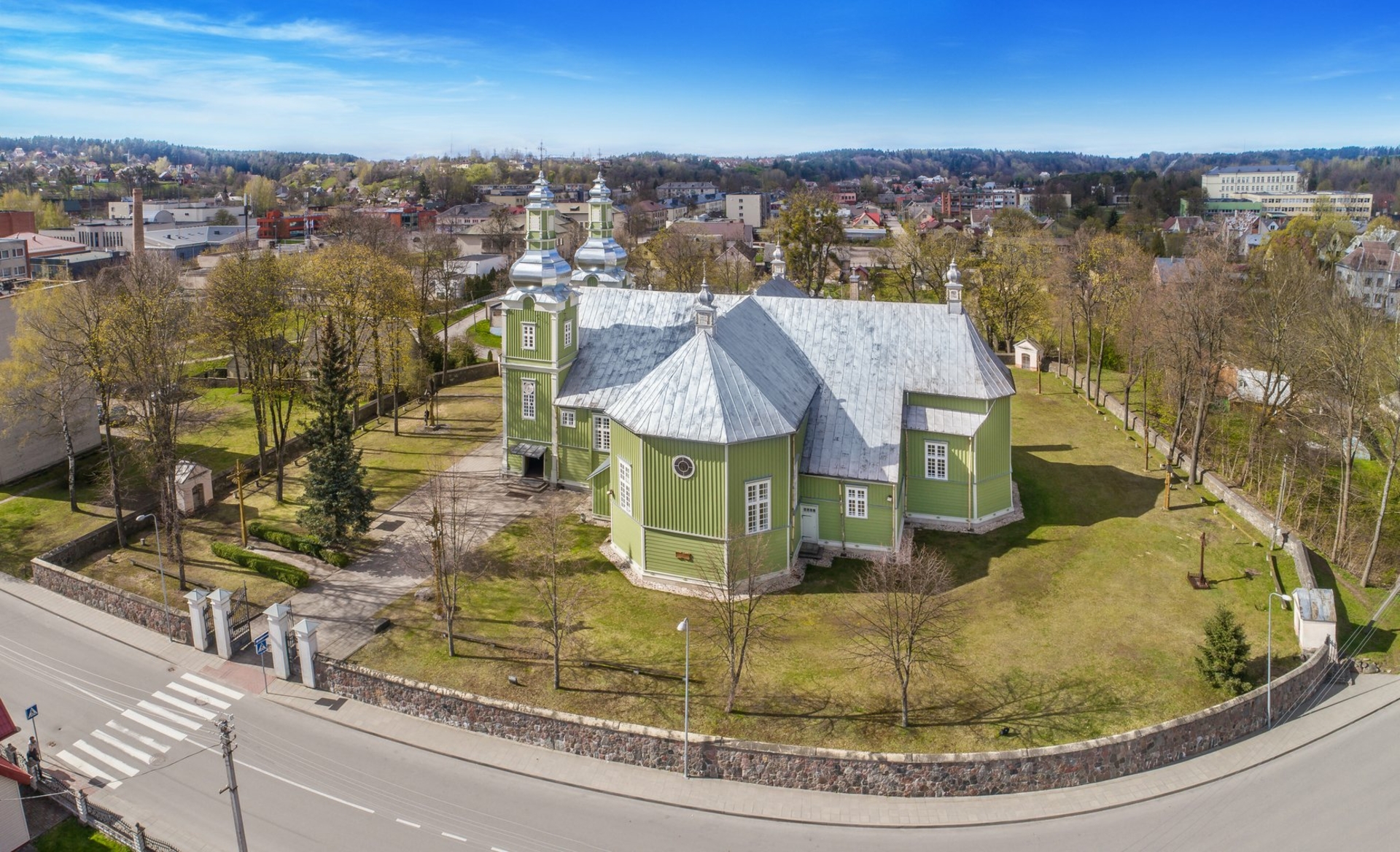 This is one of the oldest or perhaps the oldest wooden church in Lithuania, the State protected building. Its size and adornment amazes visitors when they come for the first time. This church is included even in the list of the most beautiful churches on the websites of photographers. Unfortunately, during Soviet times, attempts to "cover" the beauty of the church with brick houses were made. You can notice its beauty only if come closer.

The third wooden church built in Prienai in 1750 survived the times. The first wooden church in Prienai was erected in 1609 but later was burned during the North War at the age of fewer than fifty years. A new church was built in 1674, and as it got older, a Neo-Baroque modern church was built. According to some historians, construction of the church was probably financed by the Butleriai Family of Earls. These noblemen built a magnificent castle on the shore in Prienai in the seventeenth century, a copy of Sisteron castle in France.

The interior of the church is noticeable for five very valuable, gilded, wooden altars. They are decorated with many colourful sculptures. It is believed there are one or two paintings made by the famous artist Nikodemas Silvanavičius in the church. The wooden pulpit has an artistic value. The organ was made by Jonas Garalevičius, one of the most famous Lithuanian craftsmen in the beginning of the twentieth century. When you look around the interior of the church, you can easily imagine the way the craftsmen imagined the saints in that time.

You can reach the church by car with parking available on Kęstučio Str. The statue of the Grand Duke Kęstutis is located nearby. The Church is just a short walk from the Prienai Regional Museum. 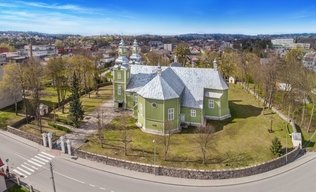 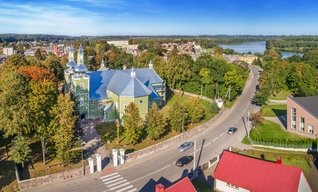 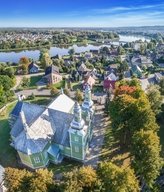 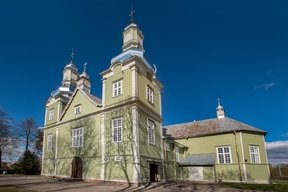 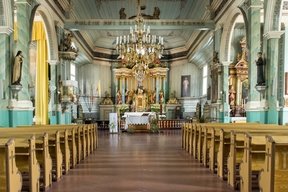 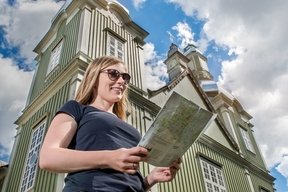 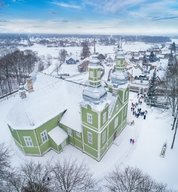