What is the most exciting way of crossing a river? Don't answer until you try this cable ferry solely driven by the river current. This type of ferry is a unique one operating in the Baltic States.  Travellers visiting Kernavė from May till November, going in Kaišiadorys direction via Čiobiškis, have an excellent opportunity to make their journey unforgettable. This place is specifically recommended for cyclists.

A ferry that can take two cars aboard at the point of confluence of theNeris and Muse rivers has become a very convenient way for local people to shorten the trip from Kernavė to Kaišaidorys. And those who try this type of transport for the first time get very impressed.  Enthusiasts of history and experts in technical heritage say that this place receives undeservedly little attention from travellers. Once you try it, you will definitely feel having found an object which is far from mass tourism. A ferry without an engine is particularly exciting for kids. And a slow trip across the river helps adults wash all worries away while watching the river flow.

This place does not attract many tourists. So, there is a strong probability for you to be the only passenger to be carried by Gediminas Dzeventauskas, a third-generation ferryman patiently waiting for passengers on the shore. Local people call him a "captain" to show their respect. You can chat with him about the wind, intensity of the river current, the water level, and ferry's speed. Maybe you will get the chance to hear a story about his grandfather, who once took a risk and invested borrowed money into this "business", which was later passed into the possession of the communal farm or "Kolkhoz" (as well as any other type of bigger property owned by village people in those days). After Lithuania gained its independence in 1900, the ferry accidentally returned to Dzeventauskas family, when "captain's" father bought it.  The Captain and his family gave up a comfortable life in the city for the sake of this legacy.

Historians know about the oldest Neris crossing in this place, which dates to 1831. It is associated with General AdomasDeziderisChlopovskis, one of the leaders of the uprising against the Russian Czar, and his army. A small piece of trivia: the legendary heroine EmilijaPliaterytėfought in his regiment. After they lost the fight in 1863, the rebels burned the ferry while retreating. In 1912, a bridge was built under the initiative of the Czar authority but later burned by Russian troops during the First World War. A new bridge was built by Germans in 1916, but after much wear and tear, the bridge was dismantled and the ferry connection between Neris shores was established. 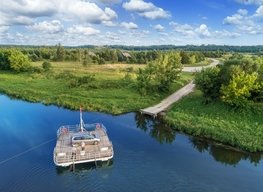 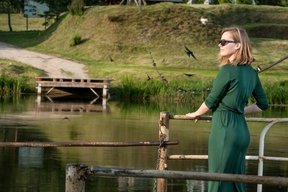 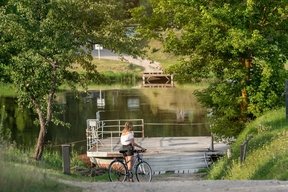 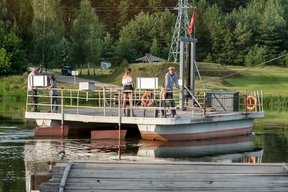 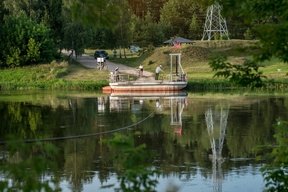 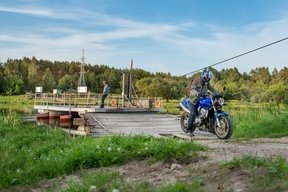 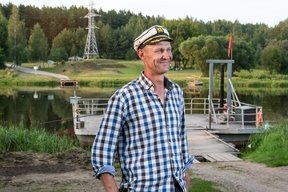 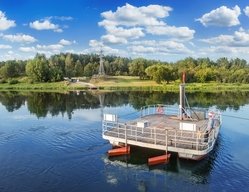