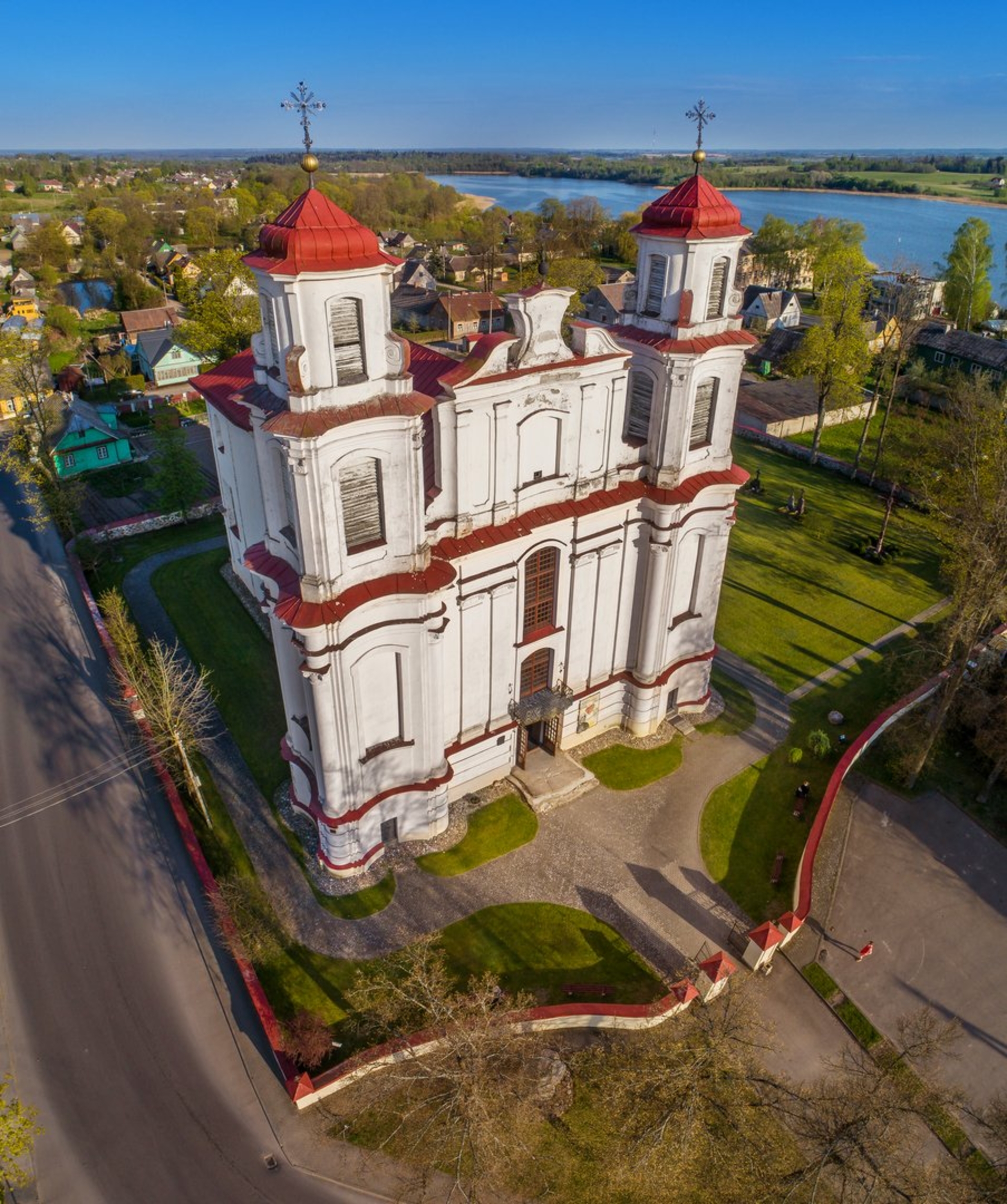 A church in Baroque style built in the middle of Jieznas town has become an object of National Cultural Heritage. When visitors see it for the first time, they are amazed at the magnificence and ornate interior of the church being that it is far away from big cities. In 2011, this church was awarded the second place at the Photo Contest of the most beautiful night churches in Lithuania which was held in Vilnius.

The history of the church is related to the noblemen of the Pacai Family who financed many buildings in Baroque style and hired Italian architects. KristupasPacas started building the first brick church in Jieznas in 1655. The works dragged on due to battles with Russians. Finally, the bishop Kazimieras Pacas consecrated the church and named it after the St. Archangel Michael in 1970. Before it happened, a Calvinist church nearby in Musninkai had been open for people. Because the Pacai were liable in Calvinism in the sixteenth century. Legend has it that Steponas Pacas, during his visit to Krakow, communicated with the Pope's nuncio Ippolito Aldobrandini. The nuncio offered S. Pacas to become a Catholic, but the nobleman declared he would do that only if nuncio would be elected Pope. In 1592, the nuncio was elected Pope Clement VIII, and the Pacai dynasty became Catholics. Some of the local people believe that the Pope presented a wooden cross on the occasion of the church's consecration a gift – a cross that can be seen even today. But it was established that thiswork is much younger.

A unique crypt with symmetric stairs, an altar and side niches can be found in the church's cellar. The crypt was used to keep the remains of Antanas and Teresė Pacai and their four children in sarcophagi until the end of the eighteenth century.

The interior is embellished with twelve altars. Four of them were created by Nikodemas Silvanavičius, famous artist and academician. The ceiling and walls are beautifully painted. It has a valuable organ.

The most convenient way to come here is by car. Parking is available at the church. In order to enter the church, book a time with the dean or visit before worship. You can also find fragments of the manor located just a few hundred meters from the church, on the Jieznas Lake shore. 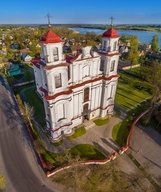 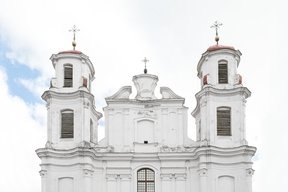 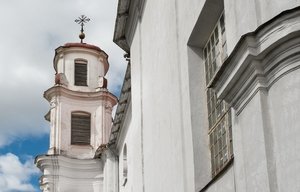 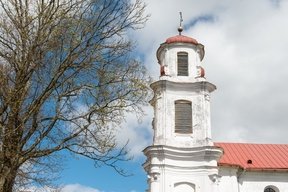 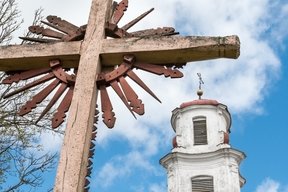 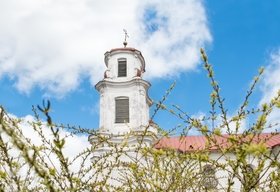 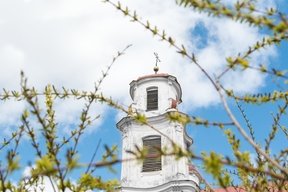 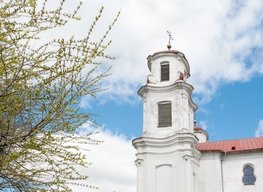 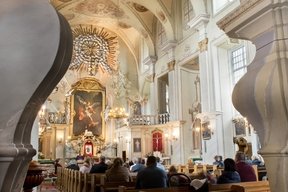 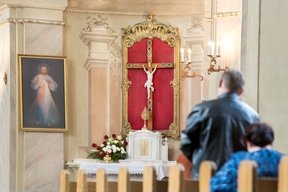 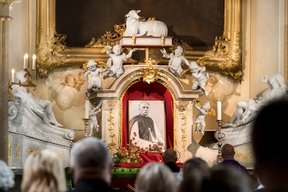 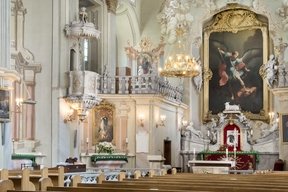 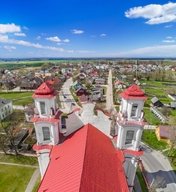