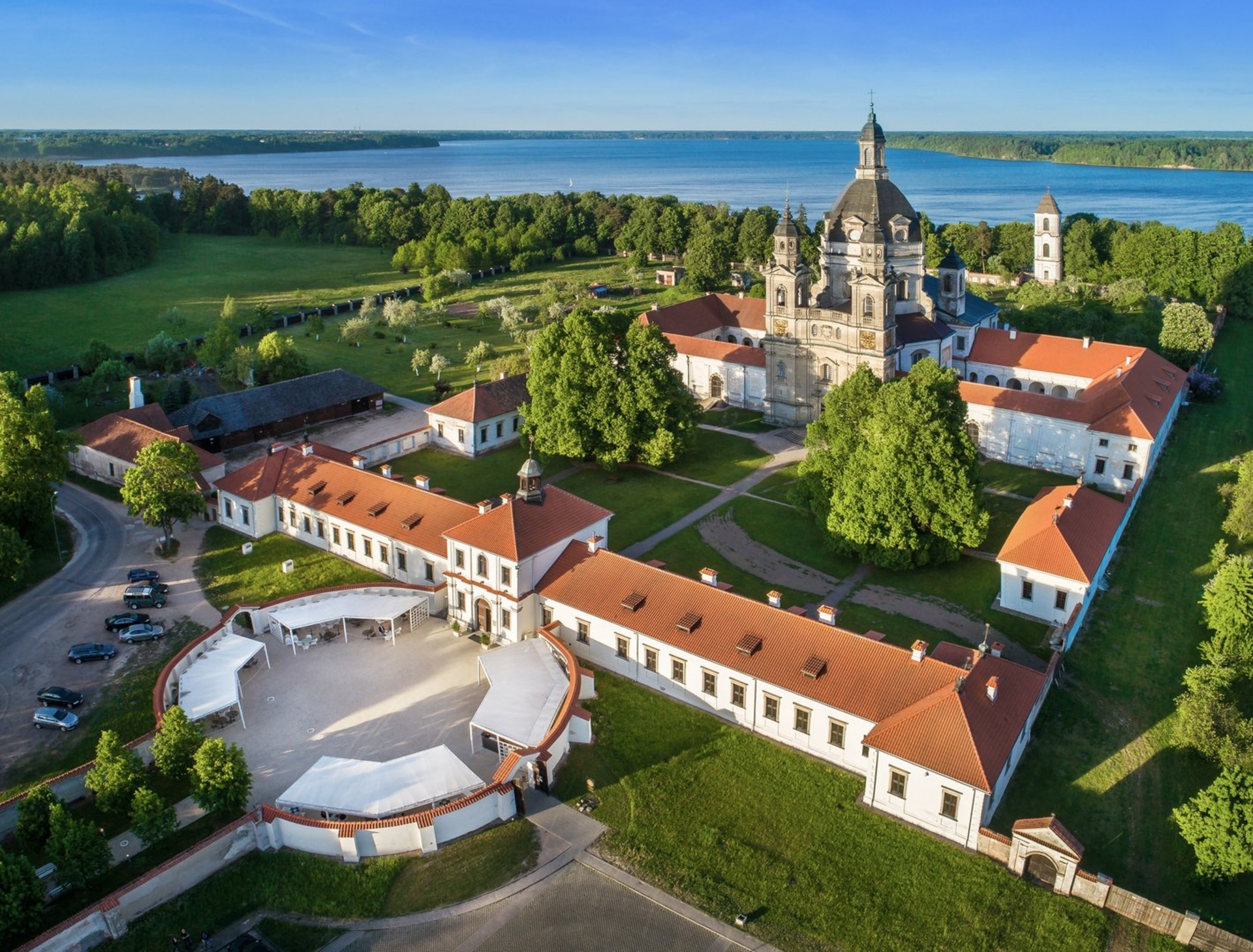 Ensemble of Pažaislis Church and Monastery

Built on the riverside of Kaunas Reservoir, Pažaislis Church and Monastery is the most impressive architectural complex of buildings across the entire North-Eastern Europe, a masterpiece of mature baroque architecture. It has become a favourite place among tourists for its impressive appearance, exciting history and remarkable atmosphere.

The history and architecture of the ensemble built in the seventeenth century, including descriptions of art treasures, would not fitinto one thick book.  The hexagonal shape of the church with a concave facade is what makes it so unique among other such structures in Europe. The interior of the church is embellished with one hundred and forty murals, paintings fromthe seventeenth century, and a decor created by the most famous sculptors of Lombardy. You won't find so much marble in any other Lithuanian church in baroque style, except here.

It is an ideal place to film cliff-hangers about each period of monastery history; wars, fires, spiritual practices --monks from different congregations settled here. But once you step over the gates of the monastery, the rhythm of life goes slower and you find yourself surrounded by peace and quietness. Pažaislis has other names, specifically Monte Pacis, the hill of peace and quietness.

An impressive sanctum at the outskirts of Kaunas, which was located in the distant forest at that time, was built by Kristupas Žygimantas Pacas (1621–1684), the Chancellor of the Grand Duchy of Lithuania, for the hermit monks. Hermits are eremites (who follow the example of parents living the life of hermits in the desert) who live a very ascetic life.  They used to pray six times per day. They were allowed to exit their cells upon receiving an approval from the elders. They could speak only on special occasions. After being admitted to the monastery, they received two habits for the rest of their life and for the shroud.

Sisters that belong to the congregate of St. Casimir have settled in the monastery since 1992. The sisters take care of Pažaislis restoration, organize recollections and educational programmes. The Monastery's history from the seventeenth century till the twenty-first century is displayed in its modern and family-friendly exhibition.

You can reach Pažaislis either by car, bicycle, or public transport. Parking available. Kaunas Reservoir ferry port, a beach and Kaunas Hydroelectric Power Plant can be found just a few hundred meters from the monastery. 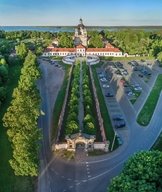 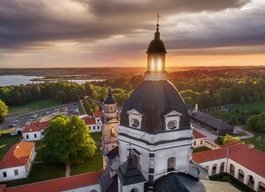 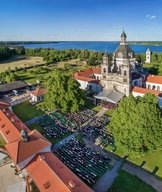 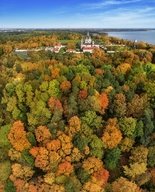 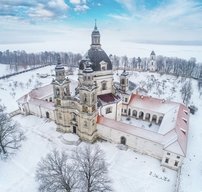 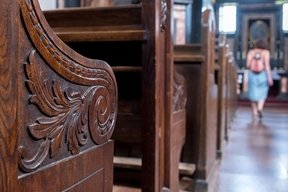 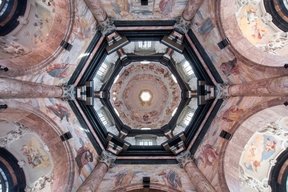 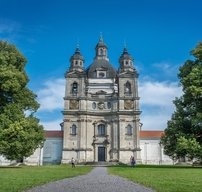