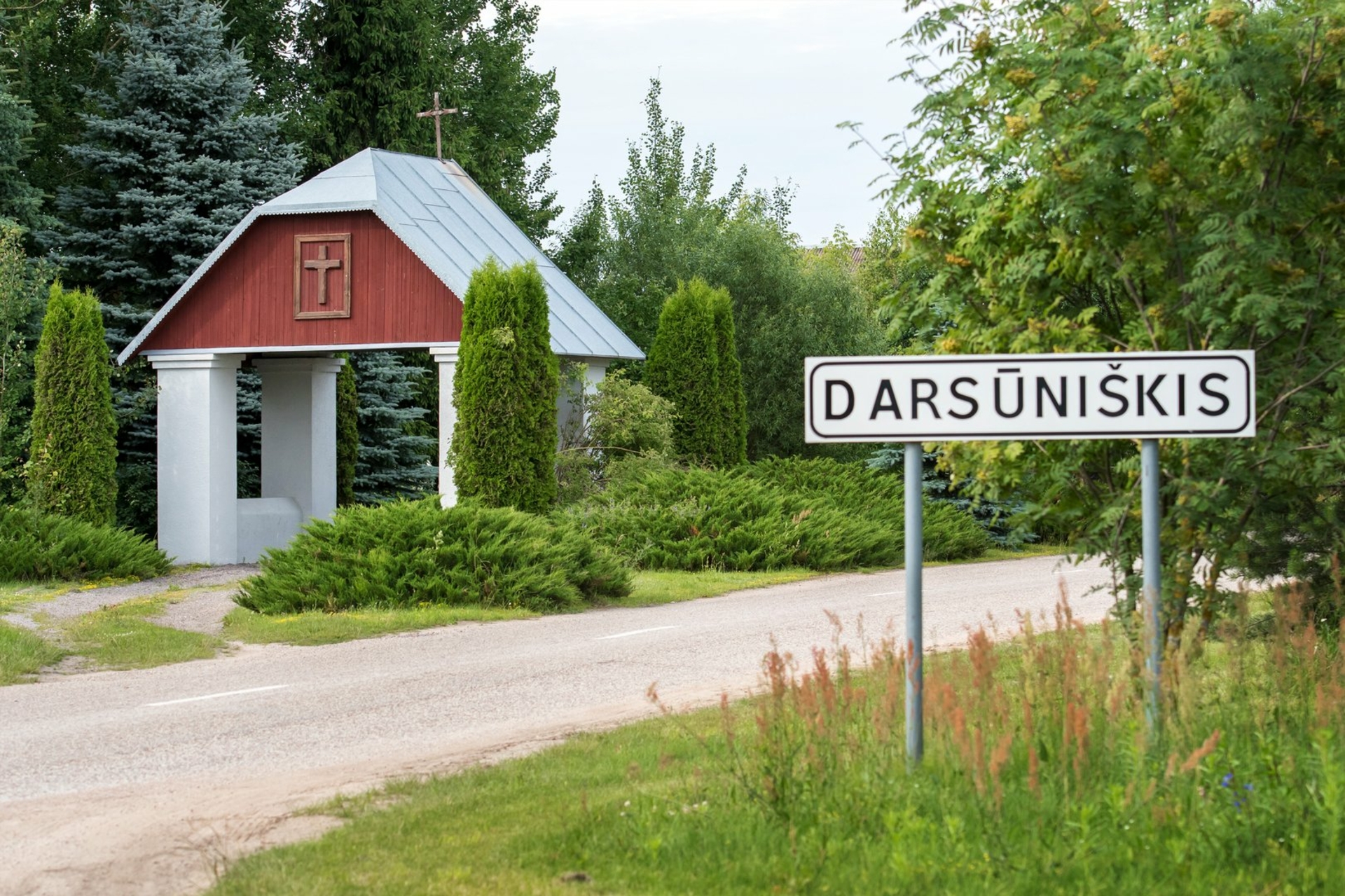 “Darsūniškio miestelis tarp vartų pastatytas, kad globoje šventųjų be gaisro auštų rytas” (Darsūniškis Town was built between the gates for the morning to dawn with the absence of fire under the protection of saints). These simple lines were written for the city with special meaning that had been partly or fully burned at least eight times.

Three gates with chapels dedicated to St. Jurgis, St. Kazimieras and St. Agota (which protects homes of religious people from fire) were built beside the main entrances to Darsūniškis from Kruonis, Kaišiadoriai and Jieznas.

Today Darsūniškis, with 300 inhabitants and settled on the right shore of Nemunas River, is a favourite of fishermen. Visitors to this town visit the Church of the Assumption of Virgin Mary built in the place where once a castle stood, Darsūniškis stone and drink mineral water from Liutikos spring. During the Second World War, a Jewish ghetto was established in Darsūniškis. Some of the Jews were executed by firing squad in the Jewish cemetery.

But few are aware that this town's history is rich for important events not inferior to any other larger Lithuanian city's history. Two settlements dating to the Stone Age were discovered on the territory of the town. Darsūniškis was first mentioned in the 1372 publication Vygandas Chronicle when Instenburg commander suddenly attacked Darsūniškis (Dirsunen) castle, burned it and took away 400 captives. Ten years later, the castle was burned again when the Lithuanians were defending against the Teutonic Knights who had used the artillery for the first time. Darsūniškis had been burned at least six times more during the period from the seventeenth century till the end of the Second World War.

Vytautas and Jogaila, the Grand Dukes of Lithuania, used to come to Darsūniškis castle. The city was governed by the most powerful noblemen of the Grand Duchy of Lithuania, namely by Jonas Goštautas, Oginski Dynasty. In 1486, written sources mentioned Darsūniškis having a status of the city that twice received the privilege approving its Magdeburg rights under the governance of Kazimieras, the Grand Duke of Lithuania, in the sixteenth century and which later were restored in 1791-1794. Two gates with chapels of St. Agota and St. Kazimieras were built at that time beside the main roads. The third gates of St. Jurgis were built in 1910. All gates were demolished in 1963, and their remains were thrown into the Nemunas River.

The gates were restored on 11 August 1990. Sculptures and a pictureunexpectedly found in the Lithuanian Museum of USSR Atheism in Vilnius were put back on the gates. 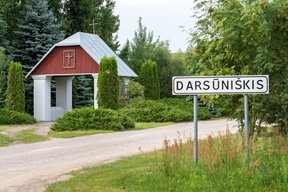 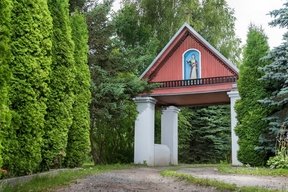 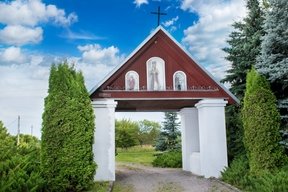 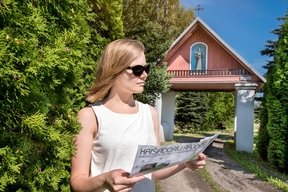 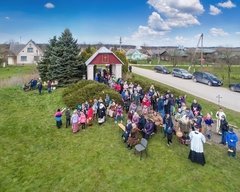 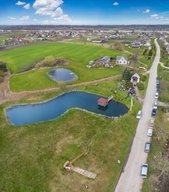 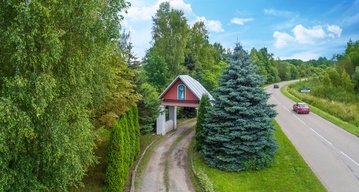