Kaišiadorys town has been known since the 16th century. In the vicinity of this town, there lived Tartar Chashidar who was awarded with the land for his military service to the Grand Duke of Lithuania. Therefore, the name of the town also originates from the name of the Tartar but it has changed over the centuries and become more common for the Lithuanians.

Each year Kaišiadorys district, located in the central part of Lithuania, attracts more and more people seeking for new experiences and excitement. The land with sightseeing areas scattered all around the district is a great place for those who prefer a tranquil way of traveling and who do not like suffering in traffic jams.

Why is it worth to visit Kaišiadorys? Let’s start with the railroad which made the city grow up. In Kaišiadorys, the railway lines split apart towards the directions of Kaunas and Karaliaučius, as well as the Lithuanian coast, Latvia and Estonia. At present there is a railway station, from which on 6 July 1919, the first train in the independent Lithuania departed to Radviliškis.

Kaišiadorys is one of the seven centres of Lithuanian dioceses. Blessed Teofilius Matulionis, whose life journey can serve as an example for everyone, was buried in the Chapel of Kaišiadorys Cathedral of the Transfiguration of Our Lord. The memory of the Blessed is also depicted in the fresco created by Tadas Vinkaitis on the gymnasium building.

In Kaišiadorys, there is a house of the parents of Algirdas Mykolas Brazauskas, the first President of the restored Republic of Lithuania.

Kaišiadorys district has the only Pink Mystery Park in Lithuania which is located in Guronys, homeland of Cardinal Vincentas Sladkevičius.

One of the four largest open-air museums in Europe is in Lithuania. It is Folk Life Museum located in Rumšiškės, Kaišiadorys district.

Darsūniškis is the only village in Lithuania which you can enter through the holy gate. There are three gates on every road leading to the village.

In Kaišiadorys district, you can move by the only motorless Padaliai (Čiobiškis) ferry in Lithuania which moves over the river Nėris. It has been used for over 80 years.

The only Kruonis Pumped Storage Plant in the Baltic States helps to balance the need for the daily electricity consumption. It can be visited upon registration to the excursion.

We also suggest you to visit Kalviai St Antanas Paduvietis Church - one of the two Rotondo churches located in Lithuania, the Laukagalis stone - the legacy of the pagan culture and Žasliai Traditional Craft Centre where you can find out more about Lithuanian crafts and make a spit cake or Žasliai baked potato pie yourselves... In total, there are over 150 places to visit. 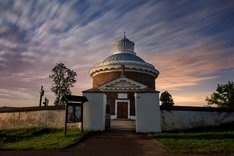 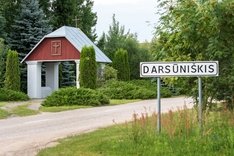 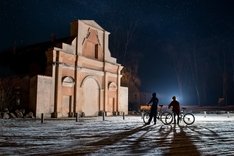